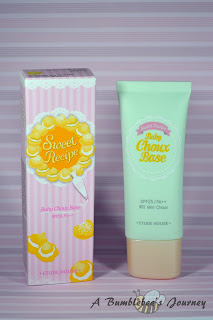 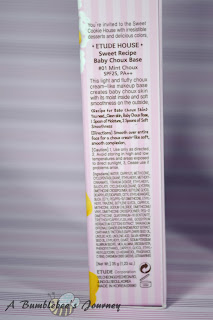 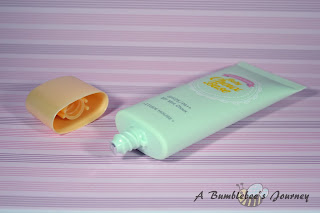 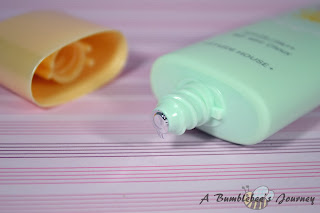 Since I loved the Baby Choux Base in Berry Choux I was very curious about the Mint Choux one~
Well what I noticed first was that the smell is different. The Berry Choux one smelled like cherries. This one smells really fresh. I can´t really explain the scent but it´s very pleasant. But to be honest, I liket the scent of the Berry Choux one more.
Does the Base reduce redness? Yes, it does. It makes my face look more even and when I don´t have any blemishes I even use it without BB Cream on top. It does make me look a little more pale than I am but it feels so light on the skin, you barely notice it, so it´s ok.
The Baby Choux base blends really well. I´m really happy that I bought it. 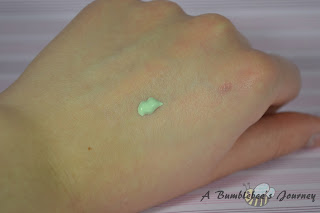 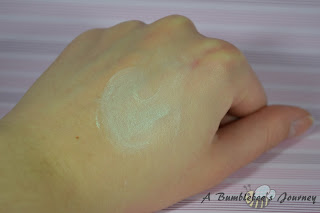 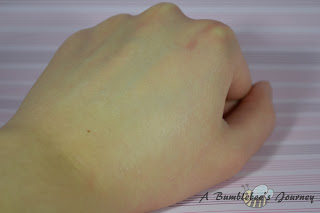 Would I buy it again? Yes, yes, yes! But I don´t know if I´m going to buy the Berry Choux or the Mint Choux one next time. It depends on how long I have to deal with the redness on my face.

I bough the Baby Choux base in Mint Choux at Beautynetkorea´s Ebay-shop for 9.49$.