I recently heard so much good things about cosmetics that contain snail secretion. So I wanted to try them out, too. Well at first I hesistated, because, well you know, snail, secretion... that sounds a little disgusting right?
But then I finally decided to buy a product. And this was my choice. The Mizon Snail Recovery Gel Cream. 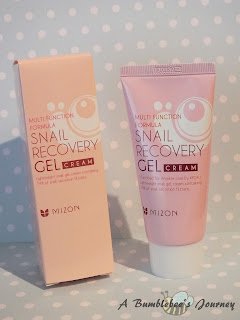 The Mizon Snail Recovery Gel Cream claims to be a lightweight snail gel cream containing 74% of snail secretion filtrate. It´s supposed to reduce redness and wrinkles.
The Gel Cream comes in a pink tube that contains 45ml of product. 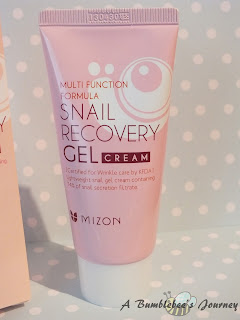 Apply an appropriate amount on your face after cleansing. Tap it into your skin lightly until it´s absorbed.

Well, I´m using this gel cream for about a month and the tube is nearly used up. The first week I used it, my skin became really oily. It´s true that it´s lightweight and it feels really nice on the skin but it bothered me a lot that my face became so oily. I nearly wanted to stop using it.I applied it in the morning and in the evening after cleansing. After two weeks my skin didn´t became oily anymore. Theres no sign of redness on my face anymore and it feels very soft but I it didn´t improved my skin which I hoped for.
The gel cream has a light scent. 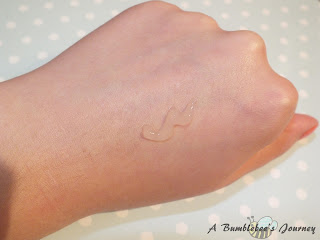 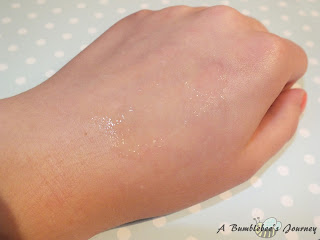 Would I buy the the Mizon Snail Recovery Gel Cream again? Probably not. Well, my skin feels very soft now but it was just not what I was expecting.


I bought the Mizon Snail Recovery Gel Cream at the ebay shop cosmeticmarket2012 for 6.07$. The shipping was really fast here. It took just one week.